Even unglamorous buildings have a history.

481 Washington Avenue appears to have been built around 1927 by the Unity Spiritualist Temple, replacing a two-story home at that address.

The Temple was formerly (1914-1926) in what was called Washington Hall, at 206 Washington Avenue. That place was also known as Sinzerlings, a popular rendezvous of Albany’s German population. In 1926 the building was sold and became the Minerva Restaurant and an antiques dealer.

(Note: There was another Washington Hall – maybe the same place, actually – at 83 Green Street. In 1858 it was headquarters of the Albany Cornet Band. This whole Washington Hall thing needs further research.)

Back to 481 Washington, which also became known as Washington Hall(s). 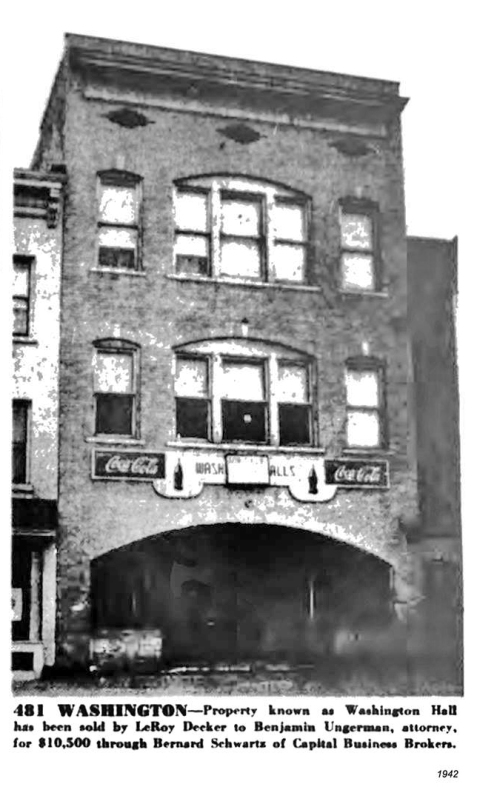 It seems the second floor belonged to Unity Spiritualist Temple, the third hired out for conferences, fraternal meetings, and other social events, and the ground floor housed a business. The first of these was an appliance store called Select Utilities Corporation. In the 1930’s it became a series of funeral homes (J.W. Bond, C.F. Frederick, Mendel Home for Funerals, and Woodlawn Memorial Chapel). 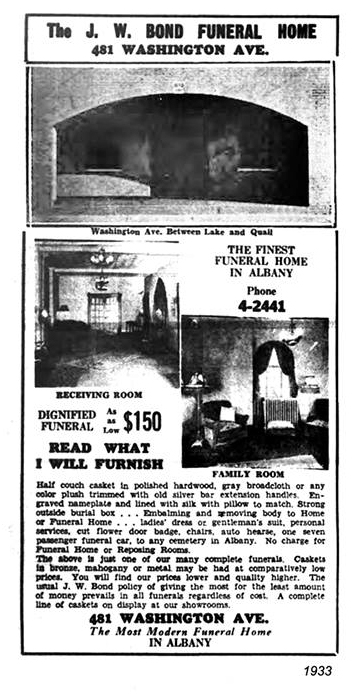 By 1940 Unity Spiritualist had gone, and their space was taken over by the Hallenbeck School of the Dance. 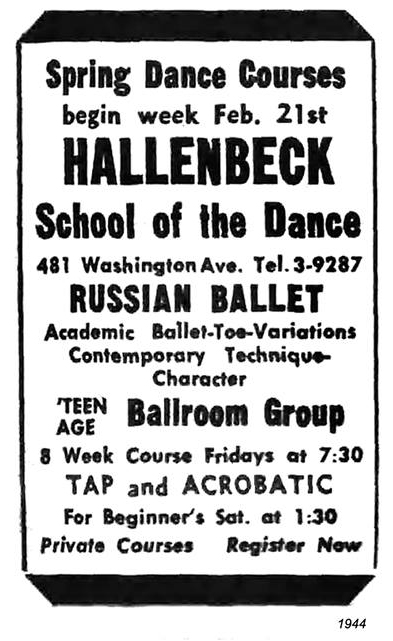 The first floor became the Pythian Temple. The building was sold in 1942. In late 1945 a teenage dance club opened, called the Sugar Bowl Canteen. It only lasted a year. 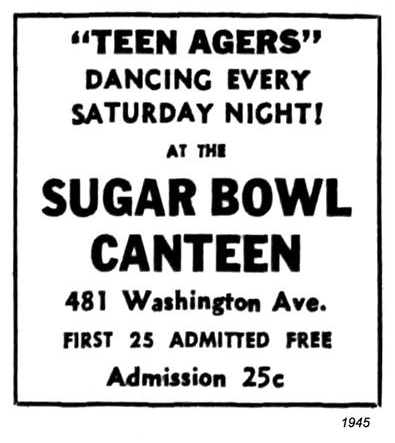 In 1947, the Oppenheim VFW Post made 481 Washington their home. The upper floors were still made available for public and fraternal functions. Over the years, the arched entrance foyer was bricked over, and the building today remains home to that same VFW Post. 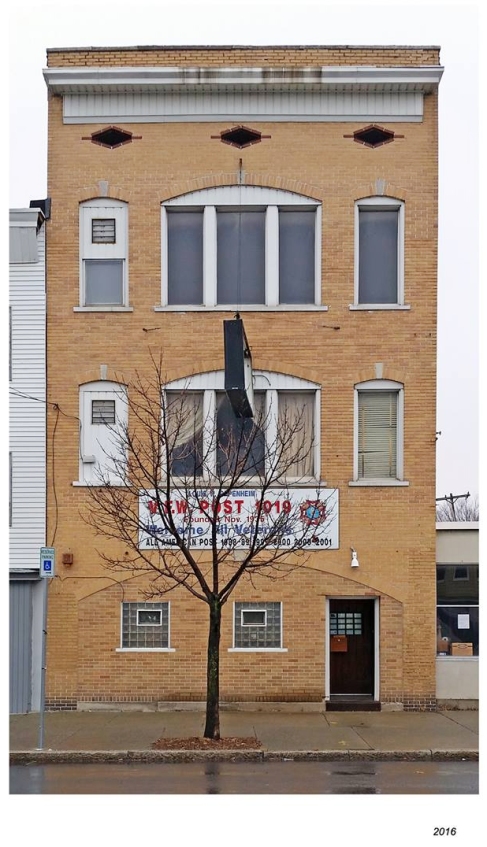 One Response to “What Was There: 481 Washington Avenue”