Beginning in 1942, Service Clubs and Honor Roll Clubs began to pop up around the city, organized to do whatever they could for those boys in the armed forces who were residents of the ward. They would donate cigarettes and snacks to our men and women overseas fighting the war.

To make public their support, each ward would choose a location for a conspicuous outdoor display. This would typically begin with the raising of a service flag, followed by the building of a giant “honor roll,” listing the names of neighborhood soldiers. These were often massive, grand affairs, and every city ward eventually created and maintained such a billboard. Sometimes there were tribute boards for multiple districts with a ward; sometimes these were supplanted by smaller boards in VFW halls, church vestibules, public establishments, and even on the lawns of private homes.

As WWII came to a close, one by one, these “permanent” tributes fell into disrepair, were vandalized, and removed without fanfare, most gone by 1948. Today, only a small handful of honor rolls remain. This posting is meant to at least document the known ones, and, with your help, fill in details of others I’ve not been able to locate. 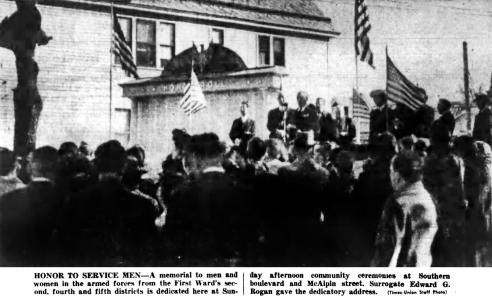 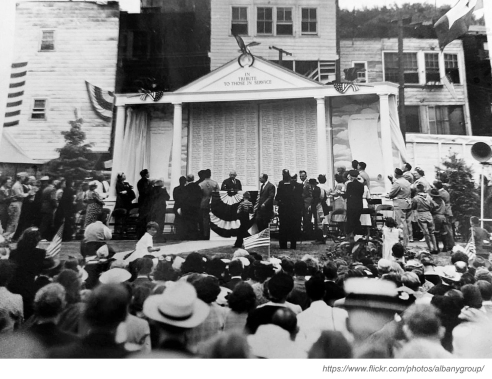 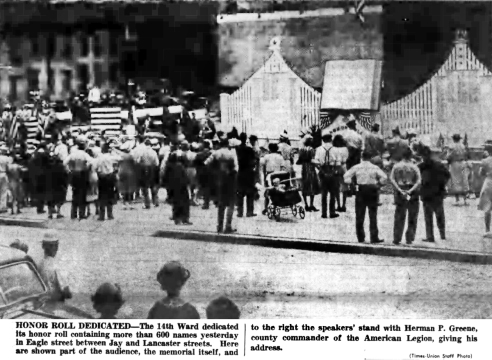 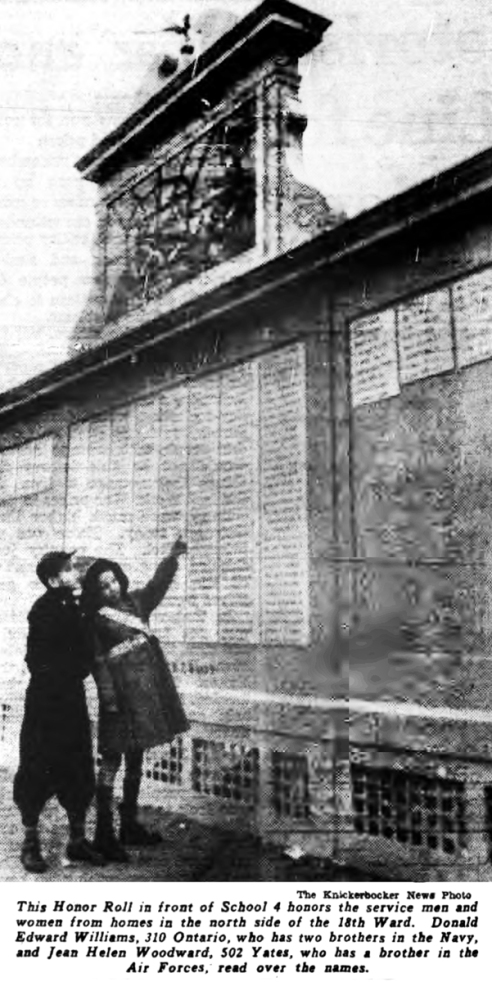 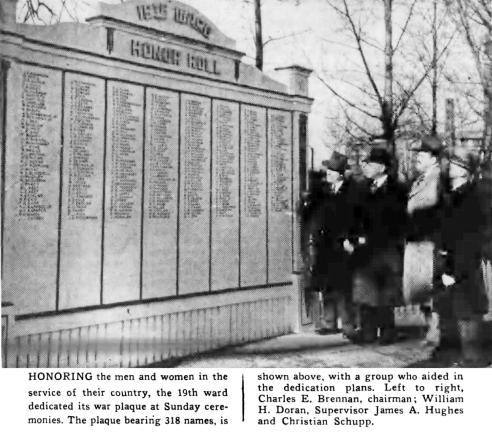 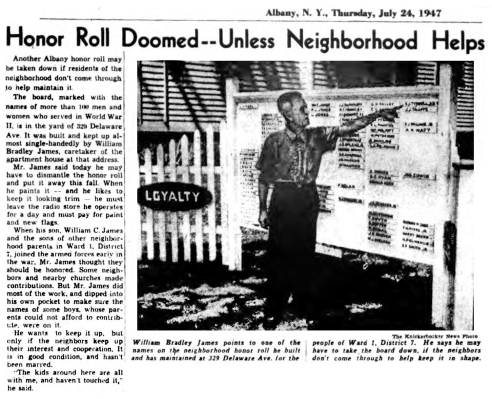 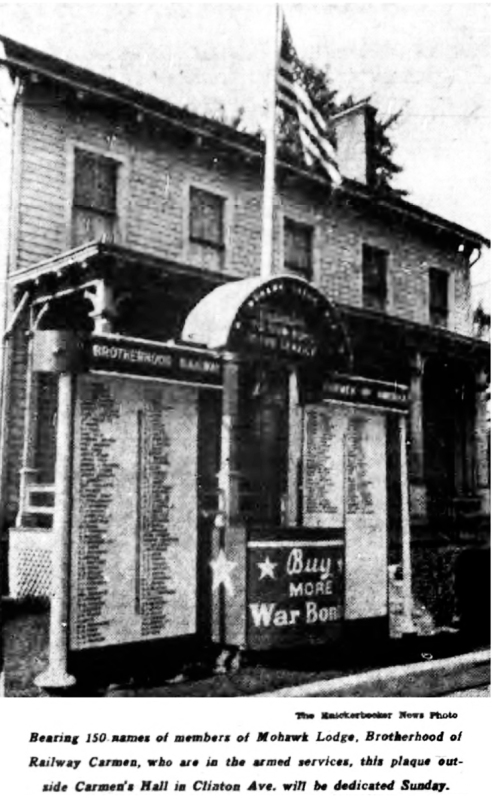 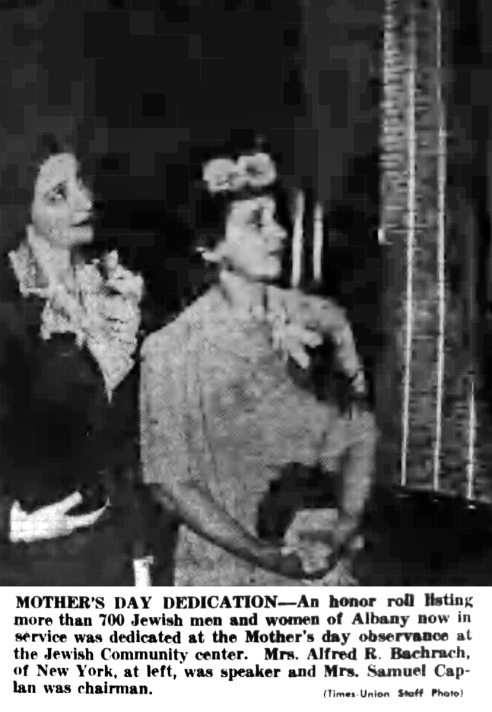 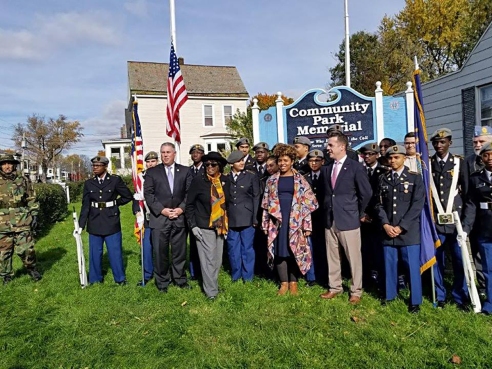 From the Second Avenue Neighborhood Association on Facebook, 2018: “Yesterday a Veteran’s Day service was held in the West VanVechten Community Memorial Park to honor all the veteran’s who served our county from our neighborhood and the City of Albany. Thanks to the Sgt. Henry Johnson Jr ROTC (Albany HS) for the Color Guard and the American Legion and VFW who organize this service every year. We are grateful that this service is held here each year as this is one of the few community veteran’s memorials left in the City. Take the time this week to thank a veteran – a neighbor, friend, relative – for serving our country and remember those who did not come home. It is because of their service that we can live in peace” 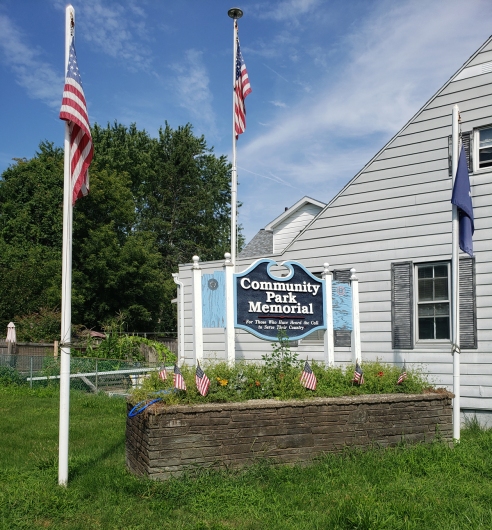 Latham – originally in the center of the circle, moved to Latham Corners Shopping Center and rededicated in 1957, moved to Kiwanis Park  1976.

McKownville – 1421 Western Avenue on the property of Mr. and Mrs. Arthur W. Witbeck 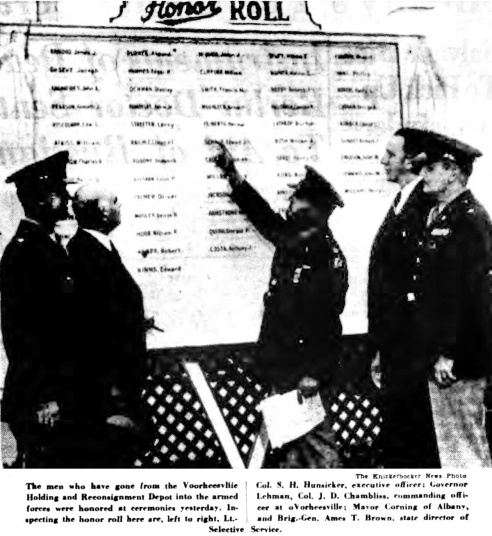 Colonie – The Crossings of Colonie 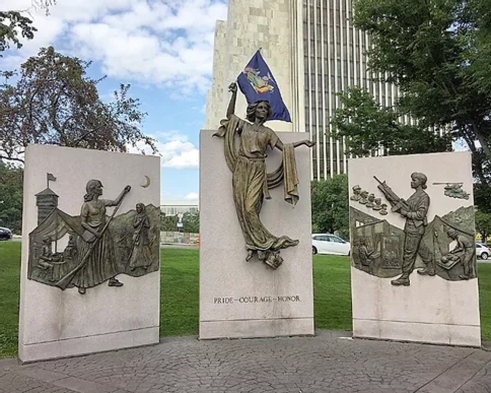 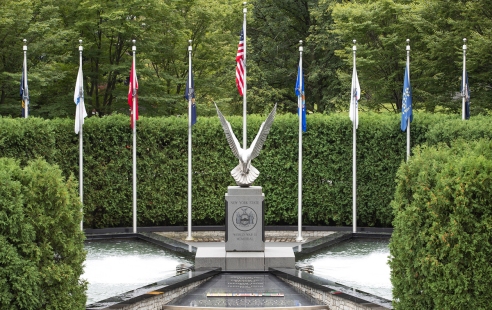